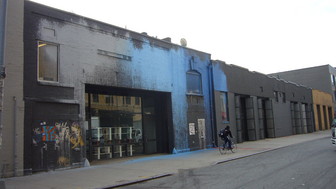 "I know firsthand what it's like to be a young person with a dream to break convention and change an industry," Lil Nas X says in a press release announcing this year's class of "Live M's Scholars."

The cultural icon is the chief impact officer for the Taco Bell Foundation, which awarded $8 million in scholarships to 772 students, aged 16-26, who submitted a two-minute video describing their passion, a positive change they want to make in the world, and how their education will help them achieve that goal.

The students, who were chosen from a pool of 8,000 applicants, include nearly 200 fans of the brand, 150 Taco Bell Restaurant team members, and 430 renewal winners (both fans and team members who applied to renew a Live M's Scholarship they received in the past).

This year's scholars will also have the opportunity to attend the Live M's Scholarship Summer of Creativity, an in-person conference in San Diego.

"We are so excited to welcome a new, ambitious class of scholars," Jennifer Bradbury, the Taco Bell Foundation's executive director, says in the press release.

When it Comes to Social Enterprises, Failure is the Best Platform for Innovation

In the world of social enterprises, failure is a cringe-worthy moment nobody wants to talk about. But, social entrepreneurs can benefit from their failures.