'Shocking' Lack Of Diversity Among Fundraisers 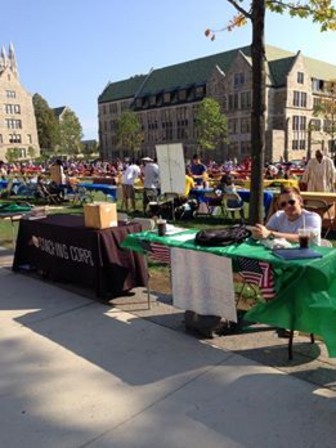 The first black CEO of the Community Foundation of Greater Flint, Mich., is working to rebuild trust in a city still reeling from lead-contamination water crisis, the AP reports.

Isaiah Oliver was born in Texas and grew up in poverty in Michigan, but he's known for his eagerness to change systems that perpetuate disparities and his ability to ask the right questions and genuinely listen.

Last year, the foundation and its donor-advised funds made nearly $10 million in grants to improve literacy, provide healthy food in marginalized communities, and help people recover from the now-safe water system.

"I'm known for his eagerness to change systems that perpetuate disparities, and his ability to ask the right questions and genuinely listen," says Oliver, who is also the first black CEO of a major US charity.

The Chronicle of Higher Education looked at the 100 charities that raise the most in cash and found that only 11 of them have appointed development leaders of color.

Meanwhile, 44% of the top fundraising groups had women in development roles.

"We have this huge window in our industry to meaningfully change how we hire, who we hire what the pipeline looks like, who we'll give a chance to even if they don't have a resume, with all the bells and whistles.