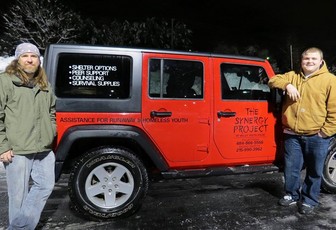 An East Harlem merchants group campaigns to cleaning up E. 125th St. by paying the homeless to do it.

The New Harlem East Merchants Association, has began raising funds for its campaign, which will involve some of the hundreds of homeless men and women arriving in Harlem's main street every day on the M35 bus from the shelter on Wards Island. The campaign will take care of two problems: cleanliness and providing options for the homeless.