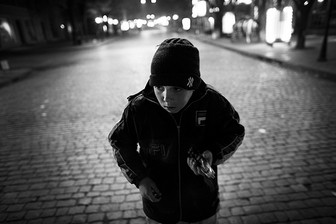 According to new data from the U.S. Department of Education, the number of homeless students has raised to record 1.1 million.

States with the highest growth rate of homeless children include North Dakota, Maine and North Carolina. Also, the number of homeless students accounts for 2 percent of the total 55.5 million students enrolled in school in the U.S., which has risen tremendously since the beginning of the country's recession.