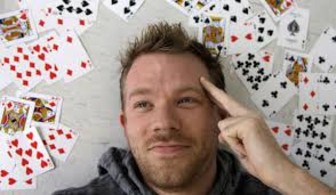 Three-time national memory champ Nelson Dellis, where he won the 2014 USA Memory Championship on March 29 in New York City, is crusading to raise Alzheimer's awareness and money to fund its research through his Climb for Memory nonprofit.

Dellis hope to raise funds for his nonprofit through mountain climbs. He will try his second attempt to climb Mount Everest as well as Nepal's Manaslu. He's doing this to honor his grandmother's memory, Josephine, who was diagnosed with Alzheimer's disease.