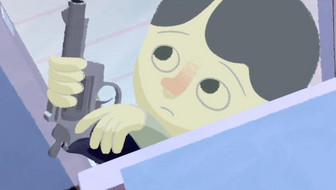 According to States United to Prevent Gun Violence, about 1.5 million kids live in a home with unlocked and loaded firearms, and at least six children have been injured in an unintentional shooting happening on a daily basis.

To raise awareness about the brutal reality of these numbers and prevent gun violence, nonprofit agency Grey, production company Hornet and director Yves Geleyn created a new animated PSA that unmasks the real 'monster in the closet'.