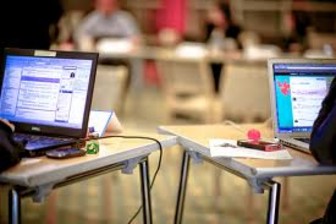 A New York City municipal card being planned by supporters that would help immigrants in the country as well as the homeless will hold so much more than just being a mere government-issued identification.

According to supporters, the ID card, which needs to be functional and "cool" to have, will also incorporate incentives and discounts to New York stuff, such as the cultural institutions, the Citi Bike rental program or Restaurant Week. Legislation to produce the municipal ID is making its way through the City Council.

Programs that support the passage and enforcement of laws and other social measures that protect the rights and interests of individuals who have newly arrived in the country or which govern the process by which individuals and families are granted permission to immigrate.

Two students interested and engaged with the social enterprise movement speak about their experiences: