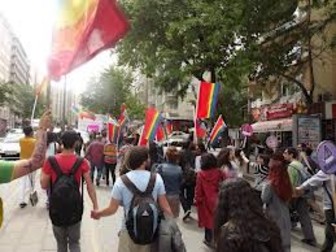 The President appealed on the LGBT community and its supporters to continue to work towards dignity, equality, and justice for all communities. The President remarked, "I've asked my staff to prepare a second executive order so that federal employees - who are already protected on the basis of sexual orientation - will now formally be protected from discrimination based on gender identity as well."

Programs that support the passage and enforcement of laws and other social measures that protect and promote the rights and interests of individuals who are gay or lesbian.